Best neighborhoods in Barcelona to live

Barcelona is where you look down from the mountain and see the Mediterranean Sea bathing the city. It is the place where modernity and tradition go hand in hand. It is where history and culture share space under a privileged climate. A city with a gastronomic and leisure offer hardly comparable in the world. As a tourist you can enjoy it, but settling there is the best way to get to know it. So, what are the best neighbourhoods in Barcelona to live in? Are you moving to Barcelona and need some guidance? Keep reading, because we are going to tell you everything about the areas and neighborhoods in Barcelona you should know and visit. 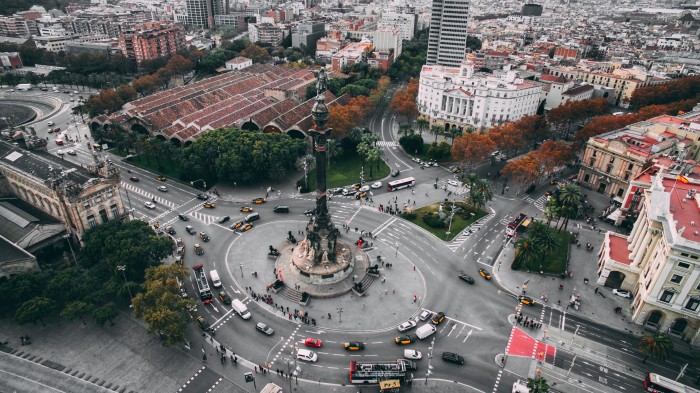 Best neighborhoods to live in Barcelona

What are the best neighborhoods to live in Barcelona ?

The best neighbourhoods to live in Barcelona are the district of Les Corts, which is made up of three neighbourhoods, and the district of Sarriá - Sant Gervasiwhich is made up of six neighbourhoods. Both are the two areas of the Catalan capital with the highest socioeconomic level, the best security and, for that reason, the most expensive. Therefore, if you are looking for a neighborhood to live in Barcelona that gives you tranquility and with the best homes to buy or rent, these are your to buy or rent, these are your options:

However, Barcelona is much more. Specifically, Barcelona is made up of a total of 10 districts. In addition to the aforementioned Les Corts y Sarriá- Sant Gervasiwhen buying or renting a house in the city you should know that there are the districts of Ciutat Vella, Eixample, Gracia, Horta Guinardó, Nou Barris, Sant Andreu, Sant Martí and Sants-Montjuic.. In turn, the average price per square meter in March 2021 is € 4,001, although this varies greatly depending on the area.

In total, there are 73 neighbourhoods that make up the 10 districts we have just mentioned. However, although the average price per square metre in Barcelona is 4.001 €, in Sarriá-Sant Gervasi this index stands at 5.239 € (the most expensive), while it goes down to 2,510 € in Nou Barris (the cheapest). Why? Because many factors are involved in the price of housing.

Therefore, when looking for a flat in Barcelona, you will have to evaluate different aspects. What are the trendiest neighbourhoods in Barcelona, which ones have the most expensive prices, the connections, the most unsafe areas. Without going any further, the flats in the Gracia district of Barcelona are currently more expensive than in other areas. The reason is that they are in high demand by young people looking for leisure, culture and proximity.

Something similar happens with the flats in the Gothic Quarter in Barcelona. Located in the historic and central area of the city, they belong to the district of Ciutat Vella and, although they are not excessively modern or large homes, they have become very expensive due to the high demand. Tourism, history and a wide range of leisure activities with numerous numerous restaurants and bars in the Gothic Quarter make this one of the most sought after areas to live in Barcelona. 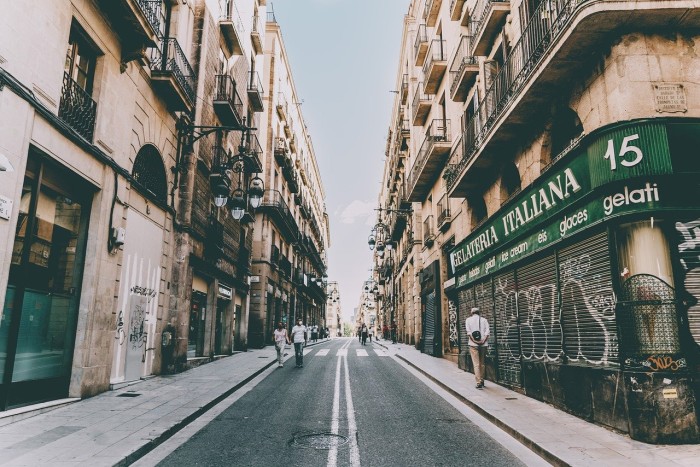 On the other hand, moving away from the bustle of the center and the overcrowding to suburbs without the glamor of Pedralbes or similar, will lower the price of housing. This is the example of Nou Barris. Or even in the centre, the Raval district is another of the cheapest areas to live in, but for different reasons. to live, but for different reasons. Between the fact that the houses are old and small and that it is considered to be one of the most dangerous neighbourhoods in the city. one of the most dangerous neighbourhoods in Barcelona, the price is not very high.

Is it better to rent or buy a house in the capital of Catalonia?

It all depends on what you are willing to invest in terms of money and time. That is to say, it will be better to rent or buy a house in Barcelona depending on your future perspective and your current financial situation.. If you have savings and capital and you are looking for a long-term home that you want to own to make it profitable, it may be better to buy.

On the other hand, if you are just passing through or for a specific period of time and you do not want a property for the future, you will be better off renting a house. In any case, from Trion Finance & Consulting we recommend you this article this article with which you can get a better idea of whether it is better to rent or buy a house in Barcelona. Of course, everything will depend on each particular case.

Neighborhoods in Barcelona to visit

What we will strongly advise you to do is to get to know Barcelona well. Whether as a tourist (but for a medium-term stay, because you need several days) or as a resident, make the most of it. Here we leave you a short list with areas, places and neighbourhoods to visit in Barcelona that you should visit during your stay:

Tradition, innovation, culture, history, gastronomy, sport, nature... All this together with a great climate make the Catalan capital an idyllic city. So, whether to live or to visit, Barcelona is a city that we recommend you to enjoy.

These terms and conditions govern our relationship with the website trionfinance.es, operated by Trion Finance & Consulting S.L. Please read carefully the following terms and conditions before using the service. Your access to the service and its use is conditioned by your acceptance and compliance with the following terms, applicable to all visitors, users and anyone else to access or use the service. By accessing or using the service, you are legally bound to comply with these terms. If you do not agree with any of its parts, we advise you not to access the Service.

The service and its original content, features and functionalities are and will continue being the exclusive property of Trion Finance & Consulting S.L. and the holders of the license. The service is protected by intellectual property rights, brand registered and by other regulations, both in Spain and in foreign countries. Our trademarks and distinctive signs may not be used on other goods or services without first obtaining the express written authorization of Trion Finance & Consulting S.L..

Links to other websites

There is a possibility that we will make a decision to prevent or suspend your access to immediately and for any reason (including, but not limited to, violation of these terms), without need for prior notification and without assuming responsibility of any kind. After closure, your right to access the service will be immediately suspended.

Neither Trion Finance & Consulting S.L. nor its directors, employees, partners, agents, distributors or affiliates will be liable, under no circumstances, for any damages indirect, accidental, special, causal or punitive, including the loss of profits, information, profit, benevolence and other intangible losses that have been caused by (i) your access, use or inability to access or use the service; (ii) any behavior or content contributed by a third party to the Service; (iii) any content obtained from the service; and (iv) unauthorized access to, use or modification of its broadcasts or contents, even if they are supported by a guarantee, contract, tort (including negligence) or any other legal theory, and regardless of whether they are whether or not you have reported the possibility of such damage, even if it is demonstrates that the remedies provided in advance here have not achieved their goal main.

Your use of the service is at your own risk. The service is provided as is/are available, and without warranties of any kind, either express or implied warranties, including, but not limited to, the implied warranties of merchantability, suitability for a particular purpose, non-infringement or course of performance Trion Finance & Consulting S.L., its subsidiaries, affiliates and licensors do not warrant that a) the service is to operate uninterruptedly and safely, or to be available at any time and from any location; (b) that their errors or (c) the service is free of viruses or other harmful components; or The results of using the service will meet your expectations.

These terms shall be governed by and construed in accordance with the laws of Spain without regard to counts the conflict with its legal provisions. Our failure to enforce any right or provision in these terms shall not be deemed to be an exemption from such duties. If any provision of these terms is invalid or cannot be enforced by a court, the remaining provisions of these terms will remain in force. These terms constitute the entire agreement in service we offer, and therefore replace any previous agreement in relationship with the service.

We reserve the right to modify or replace these terms at any time and according to our own criteria. If there is a material revision, we will make an effort reasonable by giving at least 30 days' notice before the entry into force of the new terms. We will determine what constitutes a material modification by following our criteria. By continuing to access or use our service after those changes have In effect, you are agreeing to abide by the revised terms. If you do not agree with the new terms, either in part or in full, we ask you to stop using the website and service.

The result of this simulation is indicative and is therefore not a contract offer. The data indicated corresponds to the average of the operations signed in the last 3 months, but in no case does it imply any commitment, obligation, nor will the decisions you may take be the responsibility of TRION FINANCE & CONSULTING. This simulation is calculated with an interest rate of 1%. The final contracting of the mortgage must be approved by the bank.